The best solutions to LeetCode problems

I’ve always thought of LeetCode (and previously HackerRank) as a lame way to decide who to hire. I personally have never been hired because I solved some kind of programming puzzle (and you don’t have to go down this path either), but I know that many people are hired this way. The inertia LeetCode has as the method of choice for filtering candidates doesn’t seem to be slowing anytime soon.

If you’ve resigned yourself to the fate of solving the riddles of the sphinx to get the job you want, you’re going to need some resources to help along the way. I looked at several of them, and this one will put you on the fast track… if you’re the right person. 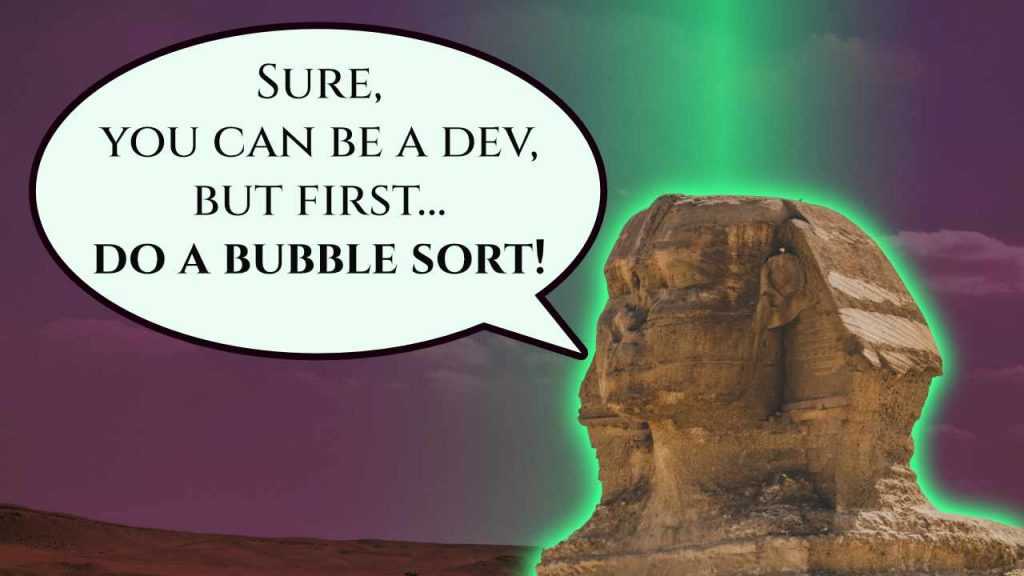 I discovered this YouTube playlist of LeetCode solution tutorials on a reddit thread where people were discussing the platform. The creator Kevin Naughton, Jr. hasn’t been so active on his YouTube channel in recent months, but that’s OK because he spent a couple of years before that recording over a hundred tutorials on popular LeetCode problems. This playlist collects all of those in one place, but they’re not for everyone.

Who are they for?

I really like these tutorials, but you’ll need to clear a couple of hurdles to make them useful. Here’s what you need to know.

I’ve got no beef with Java, but I doubt many of you reading this are writing Java. If you are, you’re in luck. These solutions are written in your primary language. If you’re not writing Java, you’re going to need to be able to translate the concepts presented into your language of choice.

If you’re a brand new coder, this sounds terrifying… and it is. You’re already trying to learn a new language and a bunch of new concepts. Now, you’re being asked to take novel applications of those concepts and translate them to a different language as you’re still learning them. It’s probably going to be too much for you.

If you’ve been doing this long enough to write code in two different languages, though, you already know that, once you learn the fundamentals, they’re not all that hard to translate into different languages. You can just as easily take these solutions and translate them to your language of choice.

If you’re very comfortable with your language, you should at least try to watch a few of these and see what you can get out of them. I remember being surprised the first time I tried to pick up a new language at how easy it came. You might be too, and this resource is good enough that it’s worth trying to translate.

His explanations are pretty brief

Kevin’s explanations are very clear. He’s also very brief. If you can follow along, this is perfect because he doesn’t waste any of your time. If you have trouble tracking with him, you’re probably not going to get much out of these videos.

Part of this is that he doesn’t take a ton of time to explain how he approaches coming up with the solution. He explains the solution, but not how he got there. If you’re looking for help understanding how to break a problem down and then start solving it, one step at a time, this isn’t your resource. If you just need exposure to clever ways to mix and match the fundamental tools you’re already using, Kevin’s videos will give you that.

If you can get past these two caveats, these videos do a lot of things right

What they do right

What could be improved

A great way to crack that technical interview

Even though Kevin’s videos are not going to be the perfect resource for everyone, they’re pretty dang awesome. If you can get over that Java hump, you’ll have access to a treasure trove of over 100 solutions, explained and solved with you.

If this is not the right resource for you – maybe because of the language or maybe video isn’t your jam – check out these alternatives.

Other materials to try

I haven’t used these myself so I can’t make a personal recommendation, but these are the other resources I see recommended frequently: